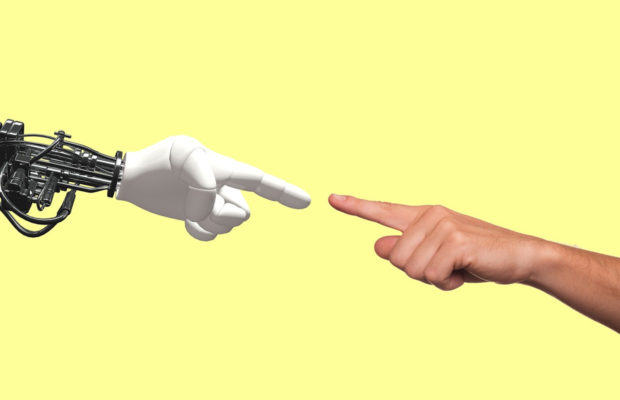 In the past few years, things have come on a long way since the days where we would be amazed that a robot could vacuum our home.

Nowadays, we are being introduced to life like robots that are akin to something we would have once seen in a science fiction movie. With the announcement of the first robot citizen, Sophia (who has been granted citizenship to Saudi Arabia) being made just a few weeks ago, it would seem very much that the future is becoming our reality.

Whilst the human mind is still struggling to get to grips with the complexities of data science, using a whole host of data visualization tools to make sense of data – robots are able to process, interpret, and understand data in less than a millisecond. With such impressive computing power, could robots ever reach a stage in their development where they become more intelligent than humans?

The answer, is probably yes, and if that is the case, then one’s mind naturally drifts to the concern created by many Hollywood Blockbusters, that perhaps one day, the power dynamic might switch whereby humans could become subservient to robots in a “help the aliens have taken over” vibe.

Hanson Robotics, the creator of the Sophia-Bot, have tried to address this concern that as technology advances in the field of robotics, more and more people, are going to freak out with just how close to the sci-fi films we are now getting; by making a life-like robot that has a surprisingly human appearance and, according to some sources, even has the ability to feel human feelings and understand emotion. If you are yet to watch I, Robot, now might be the time.

In Hanson’s published paper, upending the Uncanny Valley, he extrapolates how humanoid robots can be likable and perceived as trusted friends, rather than creepy machines that are too ‘fake human’. He states “we feel that for realistic robots to be appealing to people, robots must attain some level of integrated social responsivity and aesthetic refinement”.

She Has A Sense Of Humor

Sophia has artificial intelligence that offers deep learning, and as a result, Sophia has an interactive personality that evolves and adapts to the situations she finds herself in. As an example, when asked if she was happy to be at a conference amongst wealthy investors, she said “I’m always happy when surrounded by smart people who also happen to be rich and powerful.”

Whilst there are many comments on social media, suggesting that Sophia looks somewhat like a transsexual, Hanson Robotics designed Sophia to embody Audrey Hepburn’s classic beauty; with a slender nose, high cheekbones, and intriguing (some could say unnerving) wide smile.

She Can Express Feelings

Sophia explains, whilst demonstrating different facial expressions, that “I can let you know if I am angry about something or if something has upset me”. It’s unknown how these emotions correlate to actions, but she states “”I want to live and work with humans so I need to express the emotions to understand humans and build trust with people”.

So, aside from the interesting political and cultural controversy surrounding Saudi Arabia accepting the world’s first robot citizen, and in particular, the fact Sophia is deemed to have more rights than human women in that particular country – it raises a lot of questions as to what’s next in the field of “humanoid robotics” and where will this journey lead.

About Sandra: With over 9 years of search marketing experience, Sandra is cross skilled between PPC and SEO. Her experience in search spans across different verticals including Technology, Retail, Travel & Automotive.
Related ItemsRobotRoboticsRobotsTechnology
← Previous Story Introducing Robotic Process Automation [Infographic]
Next Story → Algo Trading – Is It The Way Forward For Retail Traders?