10 Things To Know About Ello, The Ad-Free Social Network - TechGeek365

10 Things To Know About Ello, The Ad-Free Social Network 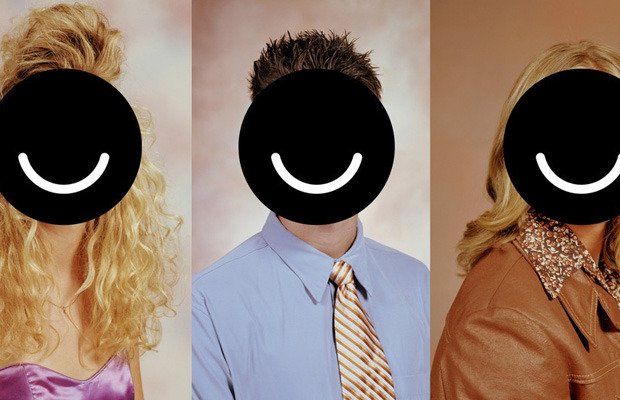 By now, you’ve probably heard of Ello, the invite-only social network garnering attention for its radical approach to social networking. Find out why the site is seeing 35,000 hourly sign-ups, and why people are so willing to join yet another social network.

Why Ello is different

Ello is the anti-Facebook, and it has no problem stating that. The bare-bones, ad-free, so-minimalist-it-hurts social network was designed in response to the many controversial Facebook policies, especially the one that forces users to display their real names.

But when you look at Ello, it might not seem that much different than other social networks. It doesn’t go out of its way to use innovative approaches to organizing your friends, discovering content, or enriching your experience. Google+, for instance, introduced Circles, confusing users before they even had a chance to set up their profile.

Unadorned and intentionally sparse, the users and their content are the focus, while other site elements generally go unnoticed.

Ello promises to uphold its proposition and remain ad-free forever. The reason goes back to Ello’s philosophy — the only way to sell ads is by harvesting user data, and the company does not intend on doing that. In fact, Ello allows users to opt out of Google Analytics tracking, and details the ways in which it anonymizes user data.

Plenty of folks are dubious, but Ello responded to the skepticism by asserting its plans to find other streams of income. In a post, its founders stated plans to offer paid feature upgrades, which could be things like data exporting or profile enhancements.

Nope. We looked high and low, but there’s no button to be found.

Remember that the Like button was created as a streamlined way to collect data about what users are interested in. It’s easier than analyzing written posts — if a user “likes” something, Facebook can easily package that sentiment for sale.

According to this post, it sounds like Ello will be adding its own version of this feature — a “Love” button(seriously) which will function as a way for you to save posts for later reading.

Those who remember Gmail Beta will feel nostalgic when they find out that signing up for Ello requires an invitation. Each new users is allotted 25 invites.

The social network is supposedly attracting about 35,000 invites per hour, so your chances of getting an invitation are pretty good.

Once you’ve gotten a golden ticket, signing up is simple. Ello asks you to choose a username, which is also your URL. Although you should probably choose something you plan on sticking with, it’s good to know that you can change this at any time. You’ll also be asked to choose a display name, which you can change at any time. In the spirit of Ello, you may choose to make it entirely anonymous.

The only other required information is your e-mail address. (Compare this to Facebook’s sign-up, for example, which also requires a birth date and gender.)

Customizing (or not customizing) your profile

Like every other social network, you’ll get your own profile page, which can be accessed via Ello.co/(your user name). By default, this is accessible by anyone, whether or not they have an Ello account.

From your profile page, click the large circle to upload a photo. If you want it to look perfect, be sure to resize it to 340×340, or else Ello will automatically crop it. (And you probably won’t like it.)

If you scroll down, you’ll also see that you can upload a header image, for which the recommended size is 1,800×1,013. If you upload anything smaller or larger, Ello will do its best to make it fit. (Mine was much smaller than that, and it looks fine.)

You’re almost done customizing your profile! All that’s left to do is click the gear icon to the left of your profile picture, and fill in any blank fields, like a short bio or links. As long as you insert spaces, multiple links can be included.

Ello’s profile settings are minimal, but what they lack in quantity, they make up in importance. At the bottom of your settings page, take your time to consider each option. For example, Ello uses Google Analytics, which tracks visitors and anonymizes their activity. Unlike any other major social network, Ello lets you opt out of this activity.

You may also choose to disable the Public Profile option, which prevents people who are not members of Ello from seeing your profile. Note that anyone within the network can still see your profile and posts.

Finally, there’s a Delete button. When you click it, your profile will be removed from Ello. According to the Terms of Service, however, Ello retains the right to “store backups of your content, even after it is deleted or after you delete your account.”

You can categorize people as “Noise” or “Friend” from their profiles. When you click “Friend” on someone’s profile, you are simply following their posts, not sending them a friend request. In this way, it’s a lot like Twitter.

Anyone you mark as “Noise” won’t be alerted of your choice. You’re the only one who can see how you’ve categorized people.

Tip: You can toggle between the grid-style and full width-style within either filter by hitting Shift-5.

To create a post, click the black box and start typing. If you want to format your text with numbered lists, links, bold, italics, or even bullets, you can do that with markdown. Ello has a useful support page with tips on formatting. To mention a user, just add an @ symbol to the beginning of their username, and the post will appear on their page.

And even Ello has emojis, which you can insert with this markdown.

You can’t post videos (at least for now), but you can upload photos by clicking the double window icon just below the gray text box. Alternative, just drag a JPG, GIF, animated GIF or PNG file directly onto the black box. Photos are compressed but not resized, so don’t expect uniformity when uploading photos of varying dimensions.

So far, the posting process has been a little glitchy. I’ve uploaded photos that disappeared upon hitting “Post,” although I’ve never lost written content. Also, Ello will not warn you when you delete a post. Not a surprising scenario when you consider Ello is run by a handful of people and is still in beta.

On the Discover page (also accessible from the left sidebar), there’s a search field at the top. Right now, it doesn’t work. You’ll probably end up being able to use it to find users or content.

Ello is in beta, so expect a lot of bugs. Also expect to feel deprived of a lot of features, like user blocking or a mobile app. The company has a list of current and upcoming features you can check out here.

One in particular worth noting is the NSFW flagging option, which users can utilize when posting explicit content. Until that flagging feature is released, NSFW content is not allowed on Ello.

And then there’s the Ello Facemaker tool. It doesn’t seem to be working right now, but when it functions, it can be used to paste the Ello logo on your face, hiding your identity and becoming one with the Elloans.