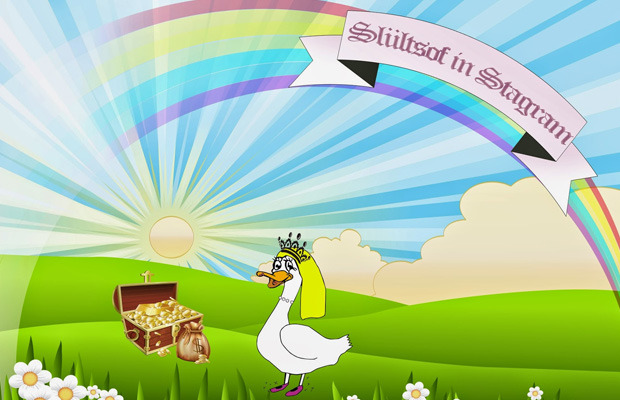 A Redditor registered the domain slutsofinstagram.com and, when Instagram sent him a cease and desist letter, responded by claiming the domain is for a fictitious fantasy tale about a duck named Slütsöf who travels throughout the land of Stagram. “Slütsöf in Stagram.” She has a goat brother named Whöresof. He responded to Instagram’s letter, though, claiming that the company doesn’t own the alpahbet, and any similarities to their service are simply unfortunate. It’s obviously a joke, but the Redditor kind of has a point.

The cease and desist letter is your standard affair, saying that the Redditor is using the trademarked term “Instagram” and misusing intellectual property. The company requested a written response stating that the site will be renamed without violating the trademark, or Instagram will take further action to purse that end — but only after spending a couple of paragraphs boasting about the service’s popularity and user numbers.

The response, seen below: 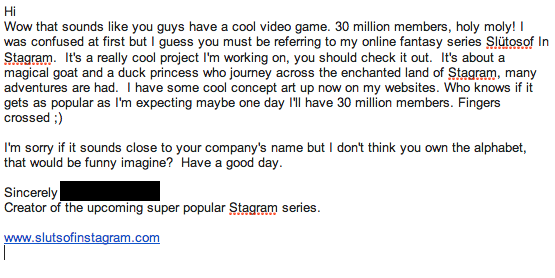 Clearly, the Redditor is trolling the company through the guise of feigned innocence, but does (somewhat) inadvertently prove a decent point. He technically isn’t using the company’s name — web addresses just don’t use character spaces to clarify that. 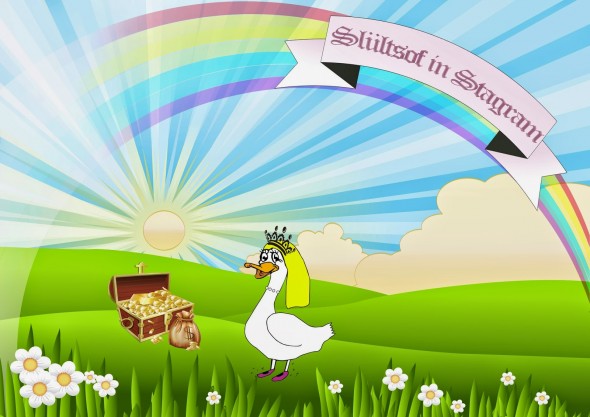 Reportedly, this all went down back in August, and Instagram has yet to reply and has not made any course of legal action known. The website is now flooded with content about the magical Slütsöf’s adventures in Stagram, so it’s becoming more unclear if the Redditor initially intended for the site to be duck-based troll, or what Instagram initially thought it meant. Either way, Instagram’s reported growing silence sure is interesting.

I Write Things.
Related ItemsInstagramSocial Media
← Previous Story 10 Things To Know About Ello, The Ad-Free Social Network
Next Story → This Is Why Facebook Was Dying To Get You To Download Messenger