Automatic Braking Systems (ABS) Are Braking At The Wrong Time 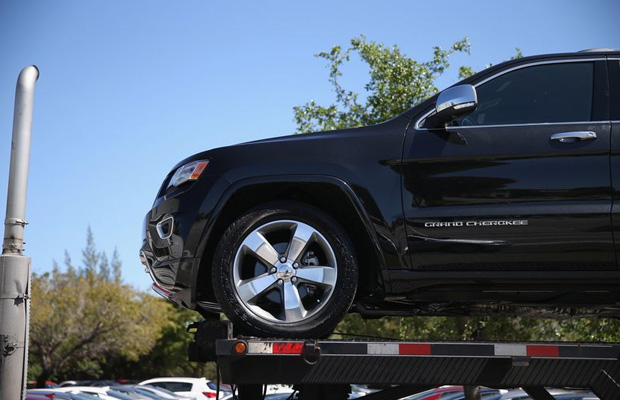 With all the hype surrounding fully autonomous cars, we sometimes forget that we’ve yet to master the comparatively basic driving assist technology already in use on the road today. One example is automatic braking systems, with US regulators this month announcing a preliminary investigation into the 2014 Jeep Grand Cherokee, after complaints that the vehicle’s automatic brakes have been triggering for no reason.

In an official filing from the National Highway Traffic Safety Administration (NHTSA), investigators reported nine complaints about the SUV’s automatic braking system. These covered “multiple events at different locations and road conditions,” and in two of the complaints the drivers noted that there were “no objects on the road” at all. “Consumers allege incidents of random proximity collision alerts followed by inappropriate automatic braking with no pending threats in the line of travel,” says the report. There are no reported crashes or injuries linked to the investigation.

This is far from the first time automatic braking systems have come under scrutiny, with the Wall Street Journal noting that Honda, Fiat Chrysler, and General Motors vehicles have all been the subject of similar complaints. Earlier this year, for example, Honda recalled just under 48,000 vehicles after the company’s automatic braking system was found to be activate when cars were driving alongside a metal fence or guardrail and the vehicle in front accelerated. And in 2012, a pair of Nissan Infiniti JX35 SUVs both hit the brakes automatically in separate episodes at the same spot on the New Jersey bridge after mistaking a grate for a barrier. At the time, a spokesperson for Nissan told The New York Times that the incident was not viewed as a “safety issue” as even in the case of automatic brakes mistakenly activating, “braking is controlled and the brake lamps illuminate to alert the drivers behind the vehicle.”

These complaints are relatively uncommon considering that around 630,000 vehicles sold in the US this year are thought to have automatic braking systems. This number, produced by market analysts Navigant Research and reported by the WSJ, is expected to rise to 10 million by the year 2020. The NHTSA also apparently has faith in the technology, and this year added automatic braking systems to its list of recommended safety features. Car manufacturers, however, still have some fine-tuning to do.