Climbing The Next Rung Of Your Career Ladder - TechGeek365

Climbing The Next Rung Of Your Career Ladder 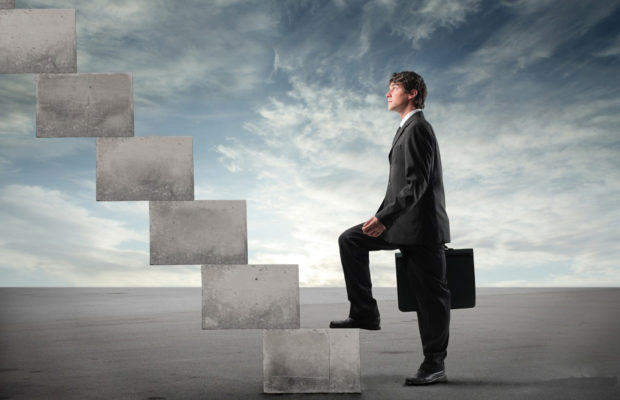 Everybody wants to progress onward in their careers, but that means there’s always somebody competing with you for that next step up. This is a good thing; it’ll push you to try harder and better yourself because we can grow lazy and bored of a job role if we don’t feel challenged in it. If you want some advice with regards to climbing the next rung of your career ladder then here are some pieces of advice which might just help you.

They say there are no friends in business, but that’s a lot of rubbish. Make enemies in your own workplace, and you’re fighting an uphill battle. You want to collaborate and make a good impression on your team as much as possible. Yes, you might end up competing with people for a certain job role if you’ve got your eye on a promotion, but you don’t need to be competitive with everyone in the workplace. You want to have strong connections with your colleagues before you head for that supervisory or senior role because these are people you want to respect you if you end up on the next rung up the ladder; you don’t want to burn your bridges for the sake of that role because they’ll resent you for it.

You Don’t Necessarily Need A Promotion

There are ways to make progress in your career without being promoted from your current job role. Think about what you do on a day to day basis. If you’re just clocking in and out then think of ways in which you can change this to impress your boss and improve your standing within the office; you might get a raise simply for doing more work. Set yourself additional goals if you feel that your manager isn’t pushing you enough. Get involved with developmental assignments; that means projects in which you’re pushed out of your comfort zone and learn new things as a result of it. Don’t play it safe if you want your career to improve.

Another way in which you could progress onward in your career and strive for that promotion is to get additional training. You could be competing with fresh faced graduates who have doctorates or other big qualifications that instantly pass them through for that higher job role within your company, so you need to work hard to compete with them. You could even consider options such as the masters in commerce for additional business training and a qualification. You need all the knowledge you can find, and you also need as many credentials as possible to prove your worth to your employer.

Remember, you’re dealing with a lot of competition whenever you strive for the next big job role above you in your company, so you need to work extra hard to impress your employer; additional qualifications prove not only additional expertise but that you have willingness and determination to exceed. It proves to your boss that you really care about your position in the business and you’re willing to put in the legwork to progress forwards into a better role because it’s not just about the salary for you. Your employer will appreciate genuine effort and interest on your part. Every company wants that from their employees, but they seldom see it. Break the mold and prove them wrong.

About Sandra: With over 9 years of search marketing experience, Sandra is cross skilled between PPC and SEO. Her experience in search spans across different verticals including Technology, Retail, Travel & Automotive.
Related ItemsAdviceCareersTips
← Previous Story How To Create An Empowering Office Environment
Next Story → How To Grow Your Email List Using Social Media