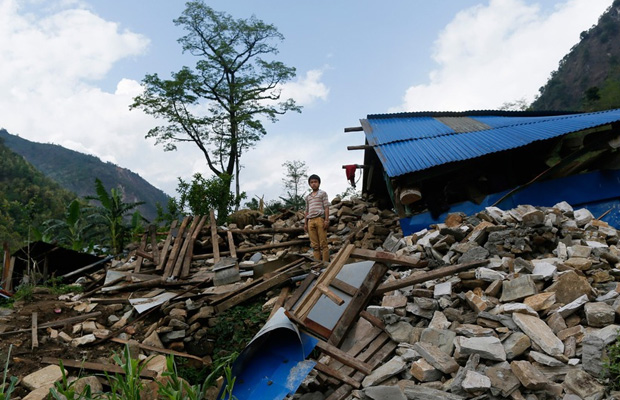 Facebook users have proven the “donate now” button on the social platform is an extraordinarily powerful tool.

It has only been two days since the donation button to help the people of Nepal affected by a devastating earthquake went live at the top of Facebook feeds across the world. In that time, more than half a million people have donated and raised more than US$10 million in funds forInternational Medical Corps (IMC), according to Facebook.

Nepal was devastated on April 25 by a 7.8 magnitude earthquake, which killed thousands of people. IMC has been behind the massive global relief effort, as the capital of Kathmandu along with other areas, lie in ruin. The social network will also donate an additional US$2 million to local recovery efforts in the region, after agreeing to match donations up to this point. 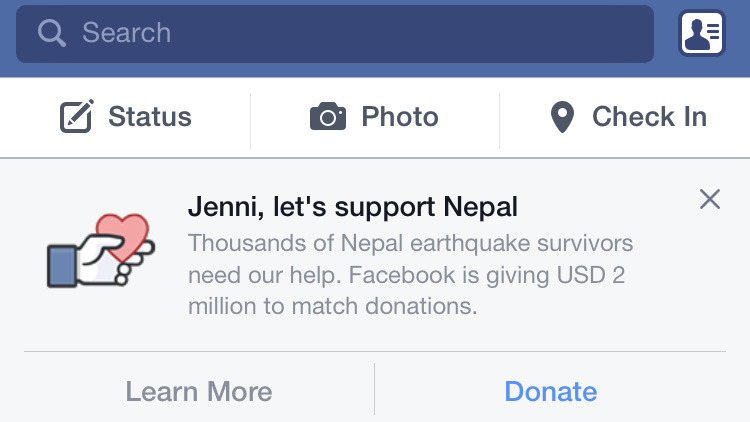 Social media is becoming vital in times of crisis, with people using Whatsapp, Facebook and Instagram in Nepal to coordinate recovery efforts, to get help to the affected region and to show the world the mass destruction. The efforts by the tech companies are also a way to send a positive brand message to the world.

It is not the first time Facebook has rolled out such a feature. In November 2014, the social media giant used its platforms to call for donations to aid the Ebola crisis and in 2013, to help relief efforts after Typhoon Haiyan smashed the Philippines.

Facebook’s founder Mark Zuckerberg wrote in a Facebook post that the efforts of users across the world have been “amazing.”

“It is inspiring to see our community coming together to help people in their time of need. We’re grateful to be serving you, and for all your efforts to support those affected by the Nepal earthquake,” he wrote.

Facebook and Google both rolled out tools following the quake to help people find their loved ones. The Facebook-run “Safety Check” allows people to mark themselves as safe on their Facebook profile, alerting friends and family. Google also launched its “People Finder” where you could see the status of missing friends and family.

Facebook said 7 million people in the area have used the social platform to mark themselves as safe, and Google is currently tracking 7,600 records through its site. Various organisations have also allowed for cheaper or reduced call rates to and from the Nepal region.

The death toll for the earthquake rose again on Friday morning local time, with 6,134 people confirmed dead, Nepal’s National Emergency Coordination Center confirmed to CNN. The number of injured people is 13,906, but both figures are expected to rise as the recovery effort continues.