Former Google+ Designer Slams The Service For Being ‘Facebooky’ 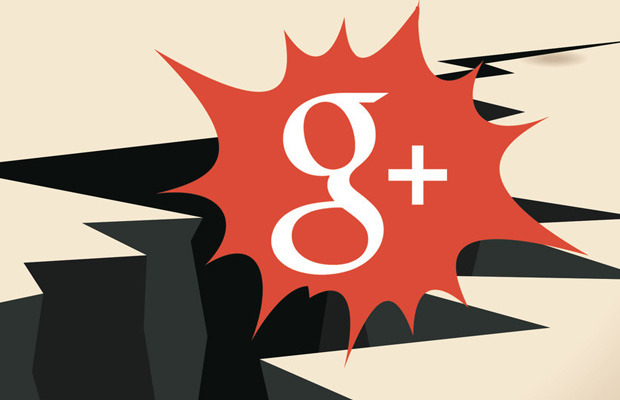 Google+ is a social network “adrift at sea,” representing a big missed opportunity for the company, a former Google employee who worked on the service says.

Chris Messina, who worked on Google+ user experience design before leaving the company over a year ago, wrote a long post on Medium, in which he criticizes the service for not delivering on its initial vision of empowering users with the vast amount of data that Google collects about them. He also calls out Google+ for not having any meaningful differentiators over its more successful competitor, Facebook. “Most people would likely describe Google+ as a newsfeed, a kind of Facebook-lite,” he wrote.

Messina, who is often credited with inventing the hashtag, acknowledges that Google’s social network has many devout users, and that it’s become a go-to service for a few specific topics (like photography).

But by and large, Google+ is basically a Facebook also-ran, he accuses, and it was hamstrung in part because of the ultra-cautious name. Still reeling from the failure of Google Buzz, the company chose “Google+” because it “could just drop the ‘+’ and pretend the ‘project’ never existed,” Messina says.

Had Google focused on the initial promise of the project, when it was called “Google Me,” Messina believes Google could have won converts to its social network by being their preferred “trusted party” for the information they share online. With that data, Google Me/Google+ could then create meaningful connections based on that information, all the while keeping control over privacy and sharing in the hands of the user.

While Google+ certainly has some controls already, Messina says they’re merely a shadow of what it could be serving up:

Sure, Google gives you controls to set your ads preferences, but this framing is all wrong. Whereas Pinterest helps you express your aspirational self, Google pigeonholes you into what you already are, based on your previous search activity. This is where improving the data that Google has about you  —  in turn trusting Google as a steward of that data — changes the nature of the conversation by making it less about “privacy” and more about empowerment. While some people will freak out (as they always do), this would be a bold, productive, future-forward direction to take.

Messina’s missive, which initially appeared on Hacker News, was widely circulated online, where it was both praised and torn apart. One notable voice of protest was Mike Elgan, host of the podcast “This Week in Tech.” Elgan dismissed many of Messina’s arguments, claiming Google+ was better than Facebook at “literally everything” and that it’s “by far the best site to communicate publicly.”

Many of the yea or nay arguments that Messina’s post has inspired are variations on a debate surrounding Google+ since its launch in 2011. In an interview with tech blog “Mashable” in 2012, Vic Gundotra, who led the Google+ team at the time, explained that he saw the service as much more than just its social component (i.e. the “stream”) — that it was really an extension of Google services, just with the context of identity.

Although Google has been very clearly moving away from the Google+ brand in recent months, that idea of a personalized Google is stronger than ever, seen in many of its context-based products like Google Now. Messina’s criticism, however, appears to call out Google+ for not surfacing meaningful social interactions or content based on that identity — that it’s essentially “leaving a ton of value on the table.”

Google’s next move for its social network is unclear. As Messina notes, since Gundotra leftthere have been few meaningful updates to Google+, and it may end up getting a full rebranding at some point. But user context and identity can only become more relevant parts of our online experiences, and there’s no question Google is well positioned to take advantage of them. The only question is how big a role that Google+, at least in its current form, will play.