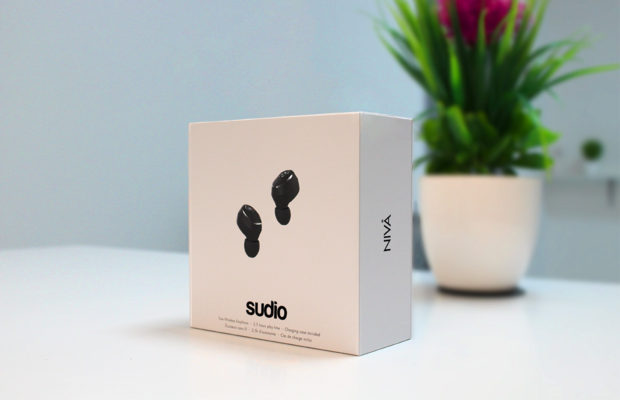 Early last month, Sudio sent us a pair of their new brand new Niva Black wireless earphones. For those who don’t know, Sudio is an audio peripheral company based in Stockholm, Sweden.

Sudio has always been one of those awesome companies deliver great looking earphones that sound as great as they look. Truly wireless, as in there are absolutely wires between the earpieces too. Not one to disappoint, we have here the Sudio Niva Black, true wireless earphones infused with Sudio’s design language and sound signature. 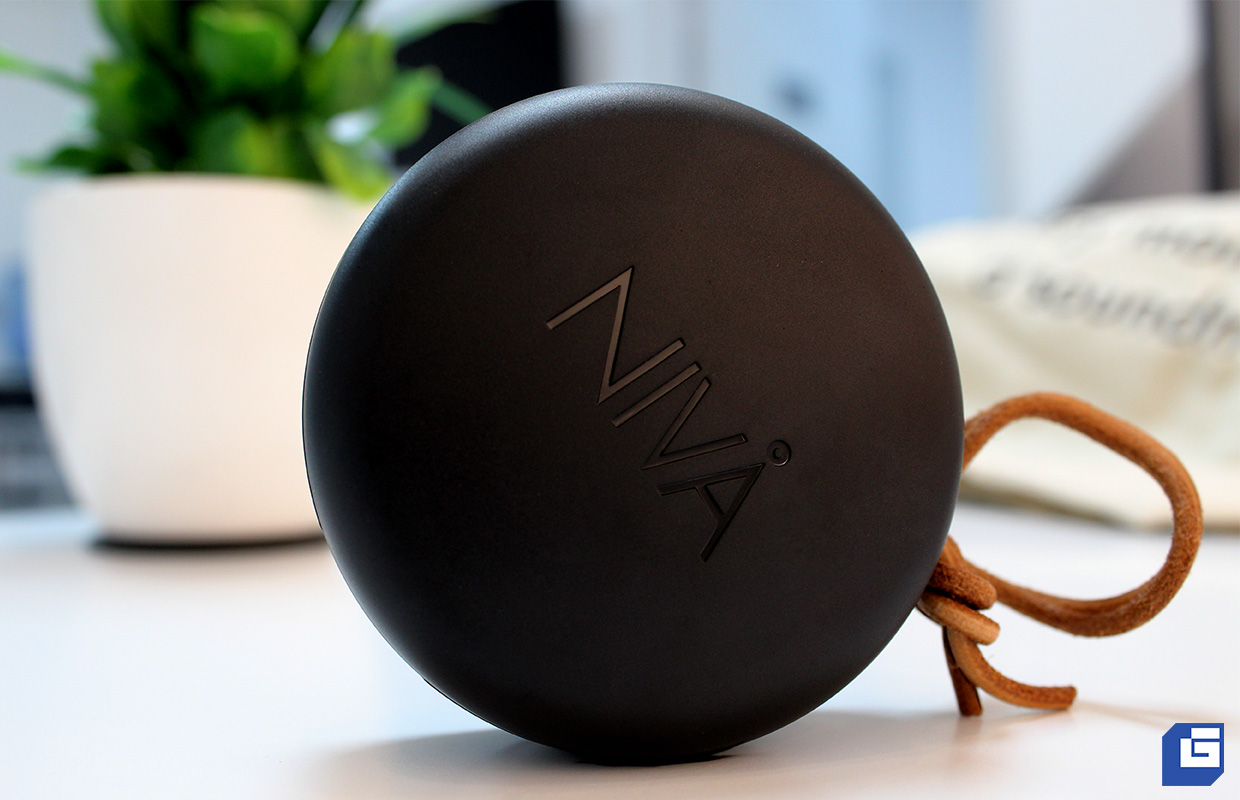 The Niva’s packaging is beautifully simple. There’s a lot of white, with an image of the product right in the middle. This is a theme that we’ve seen used across Sudio’s lineup of products. It’s simple, yet visually appealing enough to draw your attention, perfect for store displays. Looking closer at the packaging, you will also notice the tiny text along the bottom which tells you what’s in the box, as well as the expected battery life. On the other side of the box you’ll find a little more information and details of the Sudio Niva. 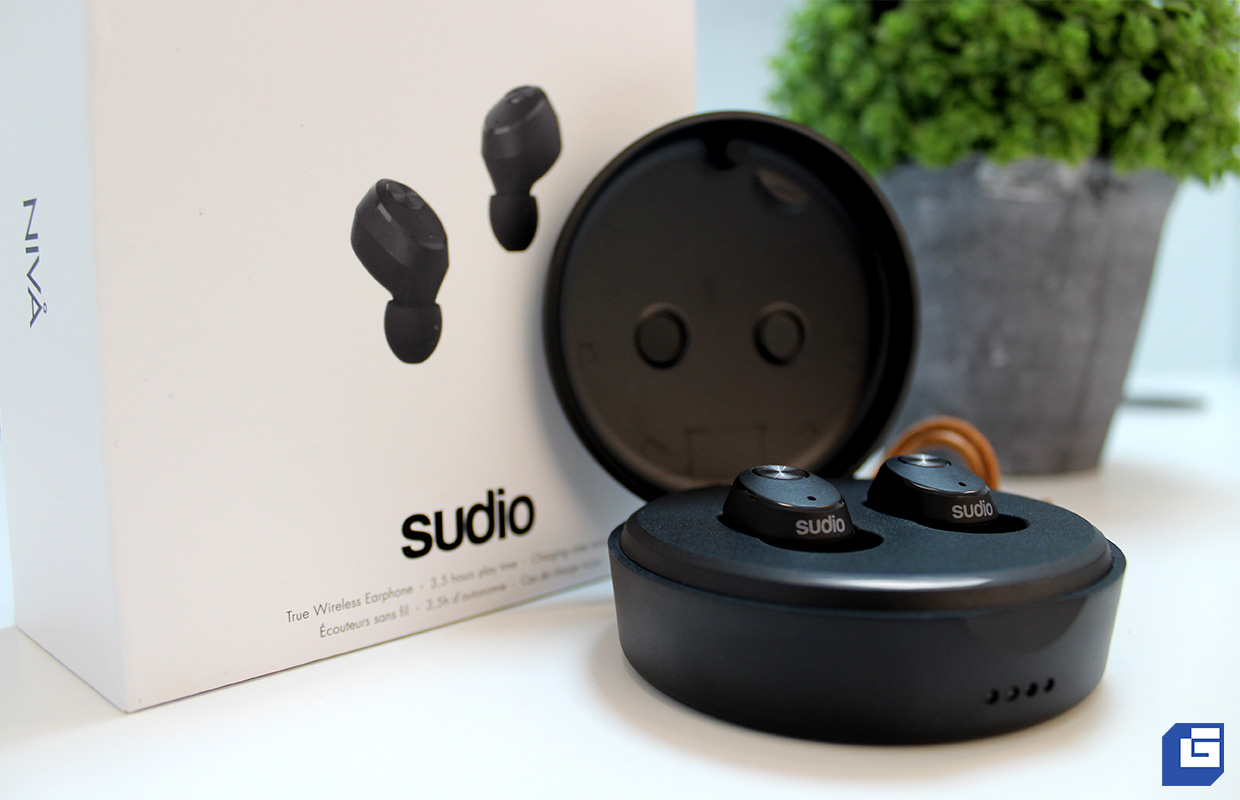 Upon opening the box, you’ll see the charging case which hold and charge the earphones. Smooth curves appear to be standard, contrasted by the concentric circle pattern on the sole button on the earpieces. Look closely and you can see Sudio even added a glossy rim where the flat top meets the sides. Tremendous attention to detail, despite not having lots of space to express it on. Sudio could have definitely further refined the design by making the top half meet the lower half more smoothly for a seamless look, but no one is going to see that seam once you plug them in your ears. 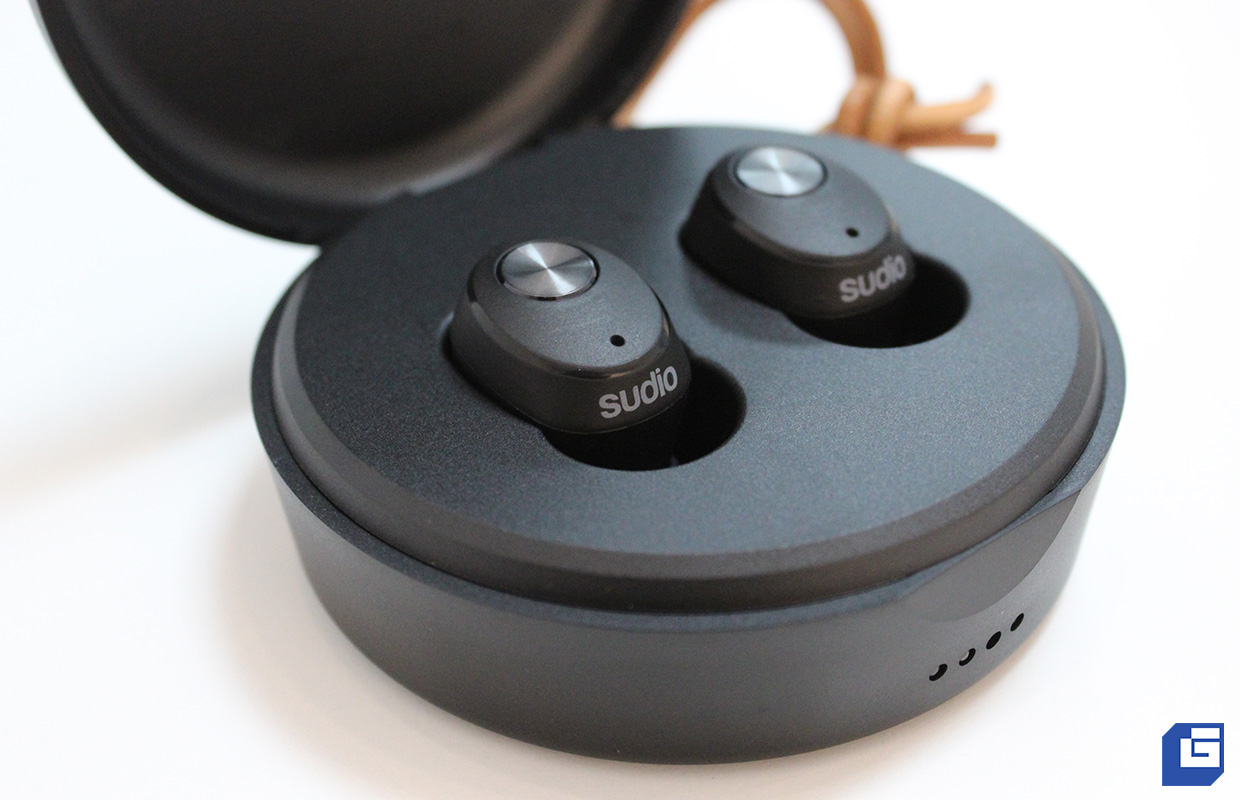 How Do They Sound?

You’re obviously wondering how they sound. Well, not too bad at all actually. The highs and mids are nicely detailed. There’s a lot of bass here too, making for a very fun sound signature. The emphasis on bass frequencies is a double edged sword though, with the bass frequencies overpowering the mids slightly in bassier pop and EDM tracks, taking away some clarity.

Tuning for a bassier than neutral sound is definitely Sudio’s signature, but Sudio may have given the bass frequencies just a bit too much boost with the Sudio Niva. It’s not to say these are great to listen to, as these are great fun for all music genres. Sadly, tip rolling isn’t an option with the Sudio Niva, as the nozzles here have a much bigger bore than your average earphones. The included tips are fine, but the massive nozzles knock out the option of playing with the sound signature with different tips. There is also no support for AptX, which might have enabled even better sound quality.

Noise cancellation is awesome, with surrounding noise being blocked out quite effectively. You can literally use these as earplugs in noisier environments. The good noise isolation also contributes to a safer listening experience, as “leaky” headphones often result in users turning up the volume to drown out the noise, increasing the risk of damage to their hearing. For those who intend to use it as a cool hands-free when driving, you can use only the right earpiece to maintain awareness of your surroundings. However the call quality is sub-par, with the person on the other end complaining of wind noise that’s picked up by the microphone.

The battery life of the Sudio Niva Black wireless earphones is very decent, with me clocking 3 hours 15 minutes before it powered down automatically. This is slightly shorter than the 3 hour 30 minute listening time claimed by Sudio. Their previous products has always over-delivered in terms of battery life, so it’s surprising to see them fall short of their claim this time around.

Charging up again took 1 hour 20 minutes, once again under-delivering on Sudio’s claim of a full-charge in just an hour. The case is good for a bit more than 3 full charges, right on the mark with Sudio’s claim. Sudio claims 3 charges on the packaging, while claiming 4 charges on their official website. Well, at least the packaging got it right. Overall, the battery life is decent enough, as you have plenty of power for a gym session. With the case, you should be well set for around a week or more of listening. The case takes a rather long time to juice up fully though. 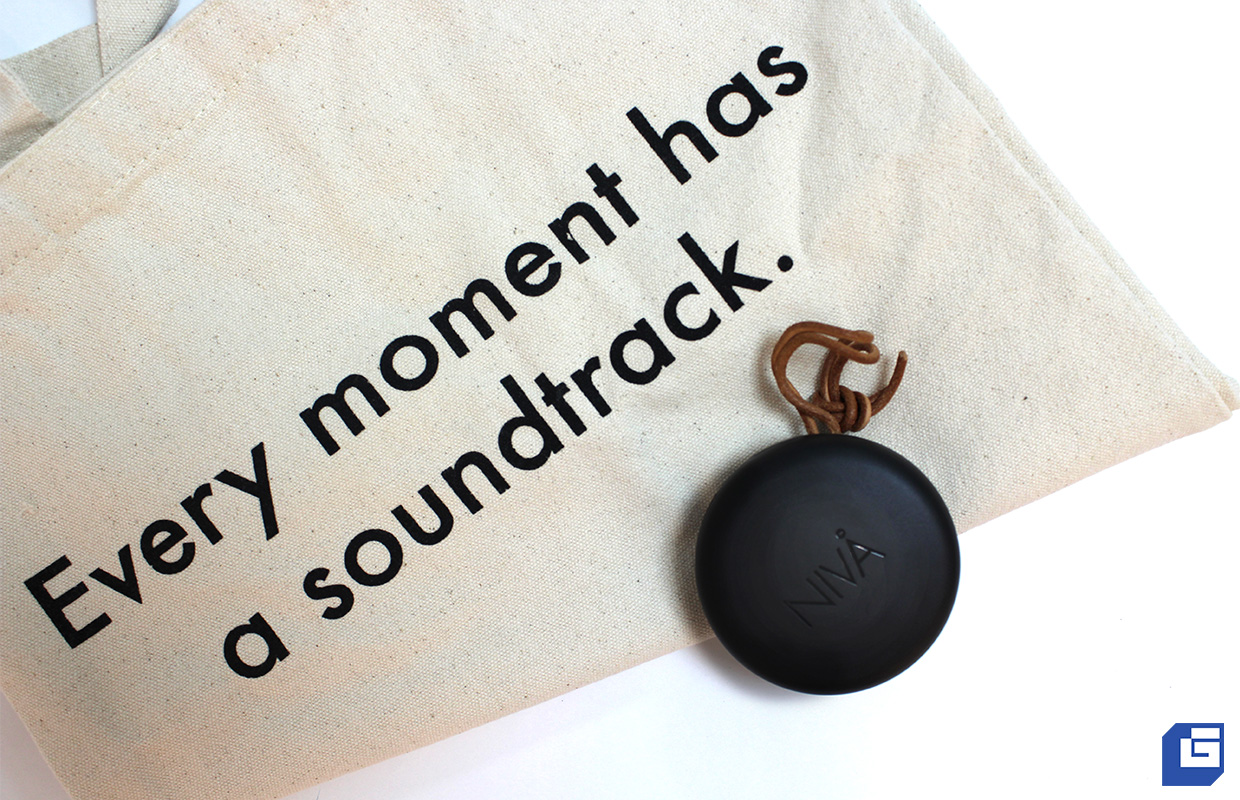 For just under $120 USD, it’s priced at less than half of what Apple is charging for their AirPods. It’s priced quite reasonably if you are in the market for true wireless audio. The lack of AptX support is quite disappointing, especially after seeing it added to the Sudio TRE previously. If you are an OCD freak, get the black one instead of the white. While there are some drawbacks like the sound signature being a bit too bassy for audiophiles, it is really great fun to listen to and definitely worth looking into.