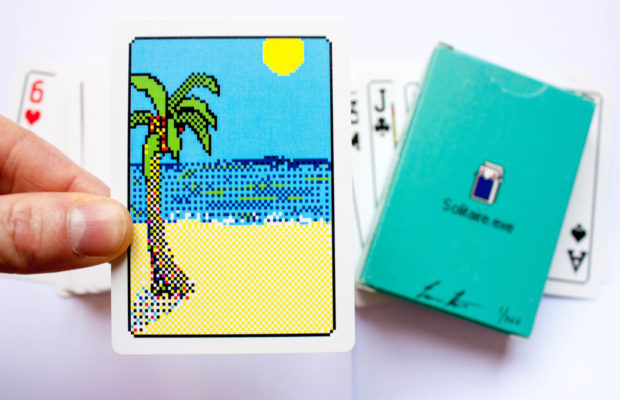 Remember IT class? You were meant to be making spreadsheets, but were instead wondering whether to move the eight of clubs or not? So addictive.

Solitaire, along with Minesweeper, Hearts, and FreeCell, are legendary in the computer world. They appeared on every PC with a Windows operating system for 13 years. If you’ve not played any of them, you’re either ten years-old or the biggest technophobe to have ever graced this earth.

There’s an interesting fact about these games, though. They weren’t designed for entertainment.

No, each game had a different purpose entirely. The oldest, Microsoft Solitaire, was added to Windows 3.0 in 1990 to teach ‘mouse-fluency’.

Yes, the game – sometimes known as Patience and that has existed since the 1700’s – wasn’t a snippet of fun on early computers, but a stealthy way to boost computer literacy as the technology began to go mainstream.

A new generation of computer users had to be taught. Many weren’t familiar with the mouse, and had to learn how to ‘drag and drop’ – something that seems incredibly simple today. The command took off. Just think about how much you use it.

Although Solitaire was the primary educator, Minesweeper also played an important role. The game, which has its roots in the 1960s, was introduced to Windows 3.1 in 1992. Again, it wasn’t to demonstrate technological advances, but to subtly teach people to use right and left clicking. Microsoft wanted people to get faster and more precise.

Once upon a time, people had to learn how to use a mouse.

Hearts wasn’t just a game either. It was brought in in 1992 to give people a better idea of the idea around communicating with other players on a local network. All very new back then. And FreeCell, also released on Windows 3.1, was actually Microsoft testing its updated software systems. It was to do with data processing and other very tech related stuff.

Now yes, all this begs the question: why did the games continue for so long? People’s computer efficiency was dealt with quite quickly. Well, the games became institutions. They were useful – but also fun.

Any time Microsoft tried to remove the games from a Windows release, people kicked off. Solitaire and its compatriots were finally removed from Windows 10, which came out in 2015.

But if you miss the games, you can still download them from the Windows Store. Maybe Microsoft is teaching you how to use that, now?

I Write Things.
Related ItemsMicrosoftRandomSolitaireWindows
← Previous Story Yes, It’s Another Bit Of Cicada Cryptomusic!
Next Story → Have A Slice Of Cicada Pi!