LinkedIn Stock Plunges 25%, Following Twitter And Yelp Down The Drain 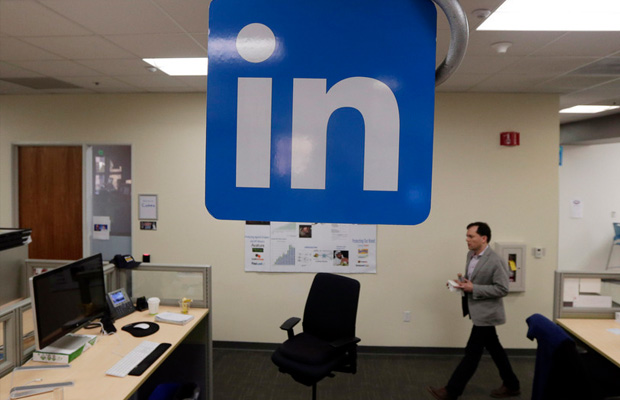 Internet companies are having a lousy earnings week on Wall Street.

LinkedIn stock fell more than 25% in after hours trading on Thursday, effectively shaving off about $8 billion in market value, after the company reported March quarter earnings that were almost exactly in line with analyst estimates, but disappointed on projections for earnings and revenue for the upcoming quarter.

On the earnings call that followed the release, LinkedIn CFO Steve Sordello attributed the lower guidance to impact from the company’s recent $1.5 billion acquisition of Lynda.com and headwinds from foreign markets, the latter of which has been cited as a negative factor by many public companies reporting earnings this quarter.

“LinkedIn demonstrated continued solid growth during the first quarter,” Sordello said in a statement. “This performance comes amidst the backdrop of several important strategic investments to better position the business to execute on our long-term roadmap.” 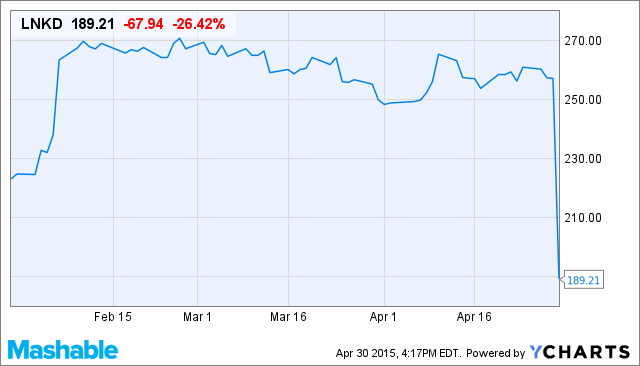 LinkedIn is just one of several Internet stocks going down the drain after reporting earnings, suggesting broader investor unease with the technology sector.

“These are high multiple stocks with strong expectations priced in (by definition) and hence a miss is punished more severely than normally,” says Arvind Bhatia, an analyst who covers Internet companies for Sterne Agee. “Additionally, it seems like the ongoing transition to programmatic advertising is impacting several companies.”

Twitter’s stock fell by more than 20% overnight after its revenue for the March quarter came in well below estimates and the company revealed that user growth for the current quarter was off to a slow start. It didn’t help that a random Twitter account leaked its earnings prematurely.

I Write Things.
Related ItemsLinkedInNewsStockWall Street
Next Story → Spotify Wants To Turn Your Starbucks Barista Into A DJ