Mark Zuckerberg Knows Chinese, But It's A Long Road To Export Facebook - TechGeek365 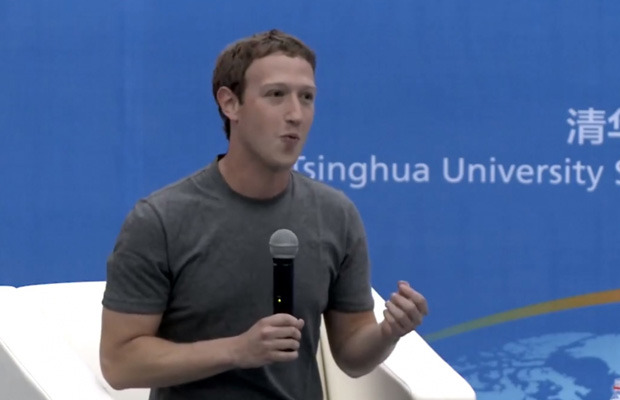 Mark Zuckerberg has impressed the world with his almost-fluent Chinese, but can his effort translate into Facebook’s success in China?

In a 30-minute Q and A session at Tsinghua University in Beijing yesterday, the billionaire talked about a variety of subjects – such as the importance of the Internet and the early days of Facebook — in Mandarin Chinese from beginning to end. Though he clearly looked a bit nervous by occasionally shrugging his shoulders and rubbing his knees, Zuckerberg answered all the questions without much help from the moderator. “I want to learn more about Chinese culture,” he told a cheering crowd in mostly comprehensible sentences, though his tones are quite off.

While showing off his Chinese has earned Zuckberberg kudos in China and around the world overnight, the bigger question lingers: can he charm the Chinese government the same way he does to the Chinese populace? Since 2008, Facebook has been inaccessible in China due to government censorship. That happened to Instagram too, which was blocked during the recent Hong Kong protests. Despite Zuckerberg’s laudable efforts of learning Chinese, the Facebook conundrum highlights the enormous difficulty for American companies to overcome cultural and political barriers in China.

“We are already in China,” he said of Facebook’s plan and reminded the audience that it still has a team in the country, even though the social network itself is blocked. For example, he said that Facebook has helped companies like Lenovo to find overseas customers. “We want to help Chinese customers to connect to the world,” he said.

But that ambitious plan requires a lot more than being able to converse in the language. That’s why Zuckerberg is trying to build his connection during his most recent China trip. It certainly helps to join the advisory board of Tsinghua University School of Economics and Management earlier in the week, as the university – sometimes known as China’s MIT — attracts the country’s brightest students in engineering. Hiring more local talents is also a key; Facebook, said Zuckerberg, just hired 20 Chinese students and plans to recruit more next year.

Another important move for Zuckerberg is connecting with Chinese entrepreneurs and tech industry leaders. In the talk, Zuckerberg mentioned that he had met up a day ago with Lei Jun, the billionaire founder and CEO of China’s fast-growing smart phone maker Xiaomi. The two tech titans chatted for a few hours about Xiaomi’s international expansion and how it can use Facebook as a platform to grow internationally, according to Lei’s Weibo account. “China has a lot of innovative companies,” Zuckerberg said.

The young self-made billionaire is a superstar in China and symbolizes America’s innovation. Even though Facebook cannot be accessed in China, the video of his talk still has generated enormous buzz and thousands of comments on Weibo. “His Chinese is much better than my English!” wrote an impressed Weibo user. But winning popularity among Chinese is just the very first step. Ultimately, Facebook’s entry to the Chinese market will depend on whether the company could successfully convince the government to loosen up.

For the time being, Zuckerberg can use his trip to improve his tone in Chinese, so next time he might be able to bond with Chinese government officials over a dinner of Peking duck — his favorite Chinese food.