I repeatedly hear and see on the news how much more advanced the teaching is in places such as China, with some kids even opting to be hooked up to an IV in order to cram for longer. Now a seemingly impossible math puzzle from Singapore has grabbed the Internet’s attention, gone viral, and had just about everyone scratching their heads trying to figure it out.

The math problem in question is called Cheryl’s Birthday. It was posted on Facebook earlier this week by a Singaporean TV presenter. It asks you to figure out what Cheryl’s birthday is from a list of several dates and some rather obscure clues she gives to her two friends also trying to figure out her birthday.

On the face of it, there doesn’t seem to be anywhere near enough information to know when her birthday is. But this is a logic problem, and requires a bit of thought and a healthy dose of logical reasoning to figure it out. Thankfully, the YouTube channel Numberphile is here to do the hard work for us and explain exactly how to go about solving this puzzle.

It’s been decades since I was in school learning math, and on viewing this puzzle initially I didn’t think it could be solved. However, after watching the video above I see how easy it actually is, and it’s given me confidence that if I was presented with a similar logic problem now I’d be much more confident in attempting to solve it. 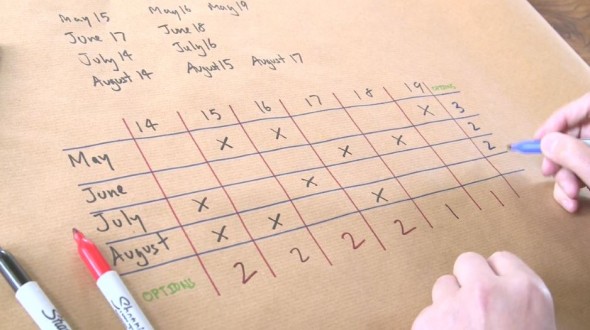 What is a little scary is the fact this question was included on a test for 11-year-olds in Singapore. It seems way too advanced for that age group, but then I remember adults always used to say that about the stuff I was studying when at school.