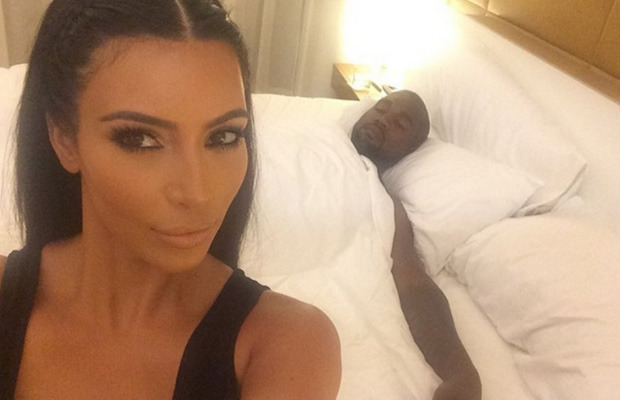 Early Saturday morning, a new round of celebrity nudes was dumped on 4chan and Reddit,TMZ reports. The new round of leaked photos includes intimate selfies of Kim Kardashian West and Vanessa Hudgens, and new photos of soccer goalie Hope Solo, Jennifer Lawrence, and Kaley Cuoco, all three of whom appeared in the cache of celebrity nudes that was leaked and widely shared earlier this month.

Though some of the photos were quickly removed from the message boards thanks to Reddit’s newly hardened stance and 4chan’s new policy on copyright infringement, as of Saturday evening the new set of leaked photos was still easily accessible via the subreddit /r/celebnsfw, where the crowd that turned nude leak central /r/TheFappening into a viral succcess has gathered to coordinate and post Imgur galleries of the new leaks. (The images are also easily findable on Twitter, where users have been posting them throughout the day.)

Though all three women’s names were on the “Master List” of celebrities whose private photographs existed in the alleged collection that was partially circulated in early September, it remains to be seen if this is the work of the same ring of celebrity nude collectors and hackers responsible for the trove of photos leaked over Labor Day weekend.

During a radio interview earlier this month, Kardashian West called that first big leak “a wake-up call for people to make sure they have every privacy setting.”

“It seems like there are a lot of people that love to spend their time hacking peoples’ information and that’s just a scary thing,” she said. Kardashian, of course, has had photos and videos leaked previously, as has Hudgens (twice).