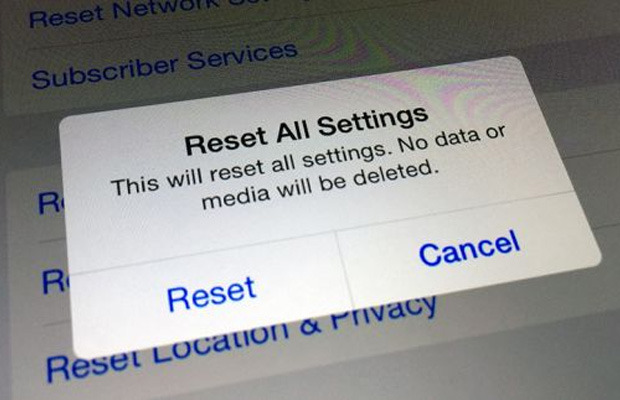 Losing data is bad enough, but to have it ripped away from you at the exact moment you need it most is just cruel. Well, there’s a cruel new bug popping up in Apple’s iCloud backup service that completely wipes out iWork documents when users are only resetting the local settings. Despite the reset dialog stating quite clearly that no data will be erased, users are finding that is most certainly not the case.

The issue seems to be happening only on the new iOS 8 platform that Apple just rolled out, which has had its fair share of bugs already. The feature causing all the fuss is “Reset All Settings,” which is supposed to change all the system preferences back to system defaults. This shouldn’t have any affect on files, but users are reporting that the device is actually deleting all local iWork documents, a change that is then synced up to the iCloud backup,thus deleting everything across all iOS devices. Oops.

Because Apple’s new Yosemite version of OS X automatically syncs iWork documents from iCloud Drive, even files you through were safe and sound on your computer will be deleted if you clear your settings and give iCloud more than a few minutes to do its business. There is no known fix at this time, which isn’t really surprising. The iCloud backup system is not transparent to users — you can’t simply log in and revert a folder or restore a deleted file.

Some users hit by this bug have been able to recover files from a Time Machine backup or other secondary backup means, but for most Apple fans, iCloud was the backup mechanism. If you’re using the new iCloud Drive functionality, you might want to avoid using the Reset All Settings feature for now. Apple is probably working on a fix, but deleted files may be gone forever.