Home / News / Splitting HP Into 2 Companies Is The Right Answer

Splitting HP Into 2 Companies Is The Right Answer 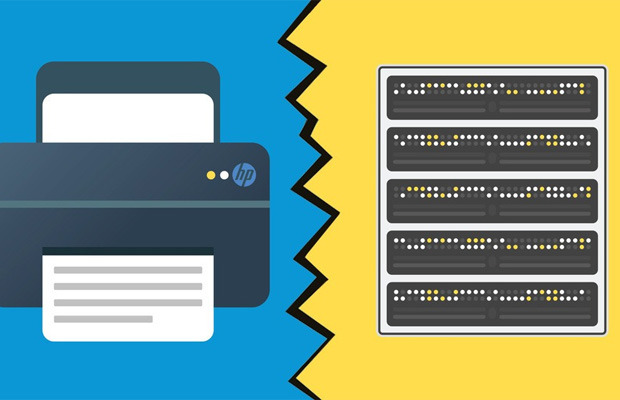 Maybe Leo Apotheker wasn’t so crazy after all.

Three years ago, the erstwhile Hewlett Packard CEO floated the idea of spinning off HP’s PC business. At the time, HP’s PC division, though still generating revenue, was suffering through its second straight year of decline, which only appeared to be accelerating as consumers embraced the post-PC world.

The reaction to Apotheker’s idea, however, was swift and painful. The stock took a historic tumble and only recovered when he said, in essence, “never mind.”

Now, just hours after Apotheker’s successor, Meg Whitman, announced that all of HP is splitting into two companies, with one dedicated to PCs and printers and the other to enterprise services, HP’s stock, which still sits in the mid $30s (in 2010 it was up over $50 a share), is on the rise.

Why is HP going this route, and why is this time different?

A decade of indifference

HP, the company that helped bring personal computing to the masses, the one that so inspired Apple’s Steve Jobs, and even gave the young Jobs one of his first pieces of tech equipment, has had a string of spectacular failures and miscues since the mid-2000s — most of them in the mobile space.

Remember the HP Slate? Of course not. It was a business-only tablet that was originally intended to be HP’s first major foray into the tablet space. It was actually unveiled at CES 2010 before Apple’s iPad. It was also supposed to run Windows 7 and, to be fair to HP, Windows 7 was the opposite of a touch-friendly interface. Still, the company waited and waited and waited to release it, and then finally did so with zero fanfare. It quickly faded into obscurity.

Meanwhile, the company, then run by Mark Hurd (who resigned in disgrace four months later),paid $1.2 billion for Palm and its still interesting webOS mobile operating system. Coming months after the HP Slate tease, it was a bold and confusing move.

You don’t pay a billion dollars for something you plan to treat like a stepchild.WebOS had to move front and center in HP’s strategy and, for a brief, shining moment, it did.

Almost a year later, HP proudly unveiled an entire line of products based on webOS, but it was the TouchPad tablet that was the star. In size, shape and even name, it resembled the iPad, but there was a ripple of concern. HP didn’t let journalists touch and freely play with the TouchPad. It wasn’t ready. Even when HP finally did ship the TouchPad that summer, it was slow and buggy — not terrible, but certainly no iPad killer. Which is funny, because in a matter of weeks, HP would kill the TouchPad.

With that last act, HP effectively pulled itself out of the mobile race. It would never again have another meaningful product release in that space. Flirtations with Android side, HP has all but divorced itself from mobile.

HP’s lack of a true mobile strategy is a drag on every part of its business. Separating consumer hardware from enterprise may at least let HP figure out more targeted mobile solutions for business and consumers, but as two standalone strategies.

When it comes to its first and best love, the personal computer, HP has actually fared somewhat better this year. After years of decline, HP’s systems business bounced back with, in Q3 of 2014, a remarkable 12% (year-over-year) increase in revenue. As one would expect, most of the gains came in laptops.

It’s worth noting that HP began selling Chromebooks a little more than a year ago. These ultra-low-prices laptops ($329), run a Google’s web-based OS. They don’t offer a lot of power, but they have been wildly popular with consumers, who do most of their computing online and don’t need all the power of a traditional desktop or laptop.

In fact, the commoditization of the PC industry means the HP logo on a computer is not as important as it used to be. If you’re buying a Chromebook, even from HP, aren’t you really buying a Google system?

Without the PC business and questions of mobile for consumers to slow it down, HP Enterprise could move quickly on services for big and small businesses, but only if it rapidly transforms its server business from one of big iron for big bucks to server space for business of all sizes. In other words, it has to adopt the Amazon S3 model. Now, the reality is that HP should have done this a decade ago, but with more and more businesses offloading local storage and server business to third parties, there’s probably still a lot of room left for another player. And I have to believe that HP may know how to serve businesses even better than Amazon.

The question is: Do big and small businesses still see HP with the same amount of reverence that they once did? Or is the competition, which isn’t just from Amazon, Google and Microsoft — but from enterprise stalwarts like Oracle, SAP, Salesforce and IBM — strong enough to put HP against the ropes?

In the years that HP ignored and bungled mobile, those other enterprise companies didn’t. HP will have to prove it has what it takes to compete for dollars of not just its existing clients but of the entire new generation of cloud-centric companies that don’t have a built-in relationship with HP’s hardware or its services.

It’s too bad HP missed the lesson of IBM. In 2004, just two years after HP gobbled up its nearest PC competitor (Compaq), IBM divested itself of its PC business. It was a move that shocked almost everyone in the industry. IBM built the first truly successful business desktop. Its laptops were synonymous with mobile computing and quality. How could it walk away?

Turns out IBM was running away. It was like it saw the future, a world in which laptops and desktops would become second-class computing citizens. The move likely saved IBM. The question is, can a similar move, almost a decade later and well into the Post-PC era, also save HP?