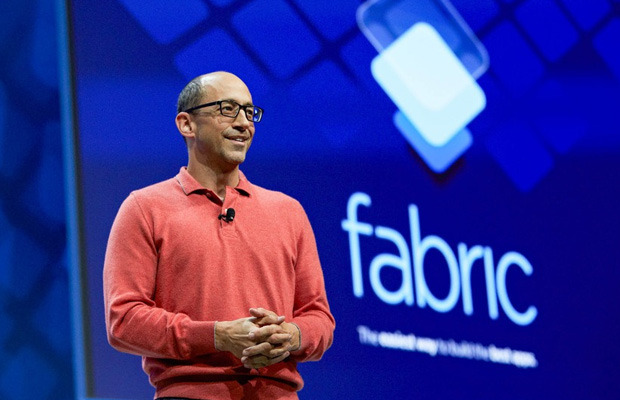 In its earlier days, the social network encouraged third-party developers to build their own apps and services on top of the platform. But the company later began to roll out its own competing features (the most notable example of this is when Twitter created its own image sharing service, frustrating companies like Twitpic and Yfrog).

But Twitter made its biggest appeal yet to developers on Wednesday at Flight, the company’s first mobile developer conference. There CEO Dick Costolo unveiled Fabric, the company’s ambitious plan to win back developers.

Fabric, its new development platform, consists of three buckets of software development kits that developers can use within their own apps: Mopub, which helps developers build native ads; Crashlytics, a debugging tool to aid stability; and Twitter, a distribution tool that allows developers to take advantage of twitter sign-ins, native tweet embeds, and Digits, the new phone number-based login.

While Crashlytics and Mopub will be undoubtedly useful tools to many—Crashlytics streamlines crash reports and Mopb could help create ad revenue— the real star of Twitter Flight, and Fabric, was Twitter Kit.

Digits, which allows developers to create phone number based logins separate from Twitter or other social identities, seemed to generate the most excitement on the conference floor and around the web (check out the ongoing discussion on Product Hunt).

But Digits represents more than eliminating the need for a password. Particularly with new apps from companies users may not be familiar with, being able to sign up without creating a separate account, makes it easier to onboard new users.

Users are already used to giving out their phone numbers to companies for things like loyalty programs, as one developer who works for an app development firm, pointed out to me. “Anything that lowers the bar for signups is going to be big for our clients,” he said.

But Digits isn’t the only aspect of Fabric that has developers excited. Take native tweet embeds, for example. This feature, also part of Fabric’s Twitter Kit, allows developers to embed users’ entire Twitter timelines into their apps.

That means, developers can add a few lines of code to their app and embed a mini version of Twitter — complete with timelines, @ replies and search— in their own app. Previously, a similar feature would have required hours of tedious work.

“It couldn’t have been more ideal,” Gregg Spiridellis, CEO and cofounder of JibJab, told Mashable. The company’s newest app, JibJab Messages, was one of Twitter’s early partners on Fabric.

JibJab messages allows users to create personalized shareable GIFs by overlaying photos of faces onto animated templates. Since the app relies heavily on users sharing content created within the app with friends, particularly on Twitter, Spiridellis said the company had wanted to find a way to put a native Twitter experience inside their app since its launch.

“We dreamed up the feature the way we wanted and it just so happened that Fabric solved our problem and delivered us everything we needed.”

While Spiridellis said he is also excited about Fabric’s other features— the stability improvements that will come from Crashlytics and the potential for phone number-based logins, for example— he said the most important benefit of Fabric may be less obvious to users: It makes the development process more efficient, meaning developers can spend more time making other parts of the app better.

“It lets us focus our resources on the things we do that are special and differentiated,” he said.