Your Public Google+ Images Might Now Show In Google Maps 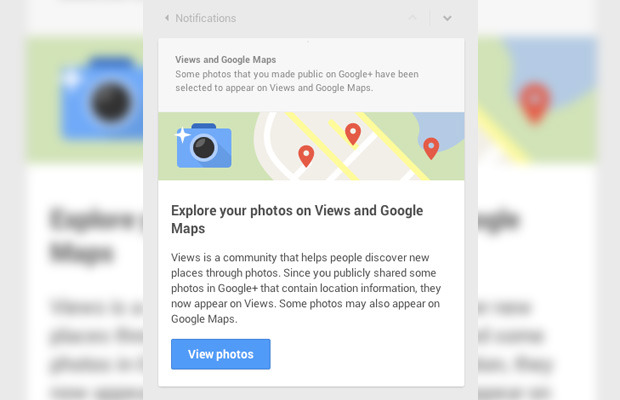 You absolutely still have control over your own stuff, but now’s a good time to check what you’ve been sharing

Google recently started making some photos that you’ve posted publicly to Google+ visible in Google Maps as well, as evidenced by the notification we all got in Google+. That’s not in and of itself a bad thing, nor is it an invasion of privacy. In order for an image to appear automatically in Google Maps, it has to meet four criteria as set by Google and enacted by you:

So Google Maps is only getting pics that you shared publicly in the first place, with location attached. Not evil, even if it does raise eyebrows for at least a few seconds.

But it’s also a good opportunity to remember that is absolutely possible to post pictures to Google+ and leave the location attached when you might otherwise not want it made public. Say, pictures taken at home. Or from someone else’s home. And while it’s easy to hide locations of photos you’ve posted to Google+ from website itself, currently there’s no easy way to do it from the Google+ app. 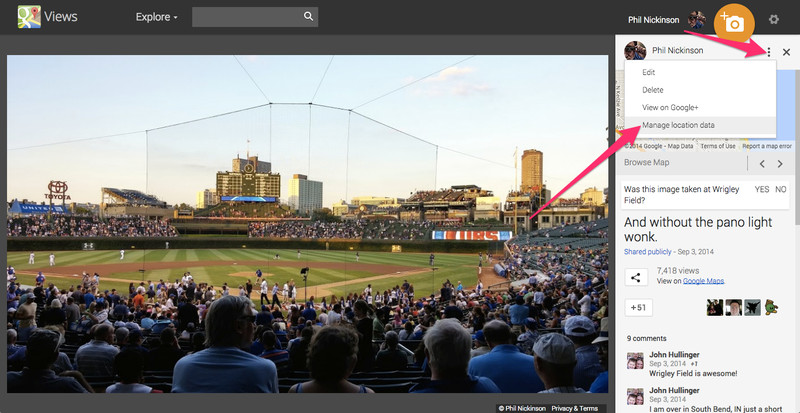 The good news is Google’s actually made it sort-of easy to see which pictures you’ve shared to Google+ have locations attached to them, as well as which ones are now shared on Google Maps. Go to g.co/views, then click your name. (You’ll need to be logged in, obviously.) Then use the overflow menu on the right and choose what you want to see. Click into the individual picture, then hit the overflow menu again, and you can mange the location sharing data.

OK, it’s a few steps. And really, Google needs to make it as easy to unshare your location as it is to share it in the first place. But this is certainly better than nothing, and it’s worth taking a few minutes to audit what you’re sharing with whom.

I Write Things.
Related ItemsAndroidGoogleMobiles
← Previous Story Don’t Want To Create A Google+ Profile For Your New Gmail Account? Now You Don’t Have To
Next Story → How To Change How Wifi Networks Are Sorted On The LG G3